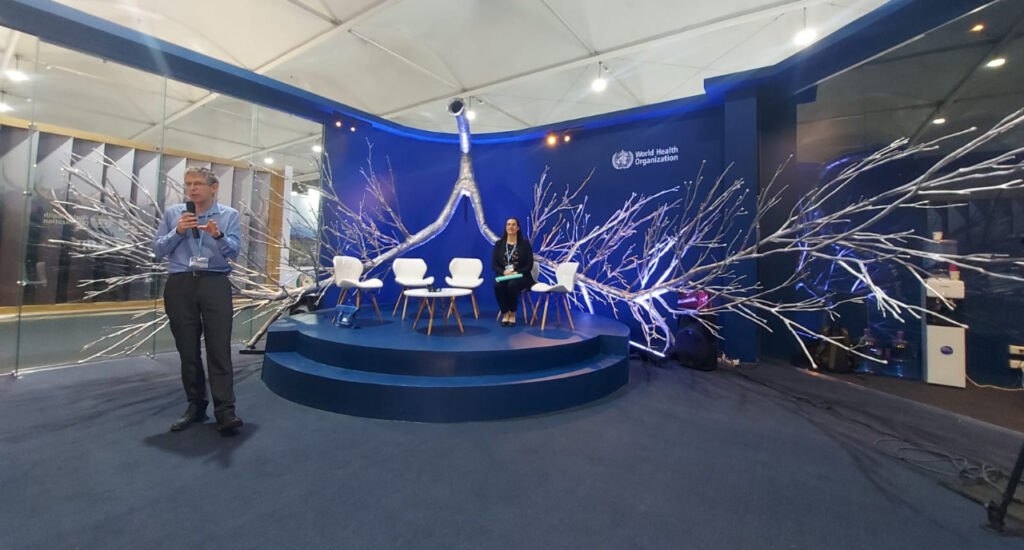 As in previous editions, the programme collaborated with several partners to deliver the flagship Climate Classroom initiative.

Read on to find out more!

During the 27th Conferences of the Parties (COP27) to the United Nations Framework Convention on Climate Change (UNFCCC), held in Sharm el-Sheikh, Egypt from 06 November to 18 November 2022, UN CC:Learn organised another edition of the Climate Classroom, the series of 45-minute lessons which have become the programme’s flagship initiative during COP.

Following the successful format of 2021, most classes were held online and open to the broad public. In total, 20 classes were held fully online, one was delivered in-person at COP27 and another one was organized in a hybrid setting. This year’s edition of the Climate Classroom covered a broad range of topics – from climate change and human rights to e-waste – and received a high number of registrations, with over 28,000 registrations received for the 22 classes, a new record for the initiative.

Class on Climate Change and Health at the WHO Health Pavilion at COP27.

The preparation and delivery of the Climate Classroom relies on the engagement of all partners involved and, thanks to them, the Climate Classroom’s format has grown to become a well-established and successful one. The classes during COP27 were organized in partnership with UN partners, such as FAO, ILO, ITU, UN Women, UNEP, UNITAR, WHO and WMO, and other institutions and organizations, like FFI, CYNP, MEECE, WRI and YOUNGO. With content carefully developed by our partners’ experts, the classes kept over 5,000 people, among delegates and the general public, up-to-speed on climate change issues.

In addition to the Climate Classroom, UN CC:Learn also attended a series of the several side-events being supported by UNITAR in Egypt.

As in previous years, UN CC:Learn made all the information on its activities at COP available on a dedicated page, which also included a link to the program’s library full of UN resources.

The Climate Change Negotiations and Health course has been updated for COP27!

Disability and the Climate Crisis by Farhan Helmy and Doddy S. Sukadri