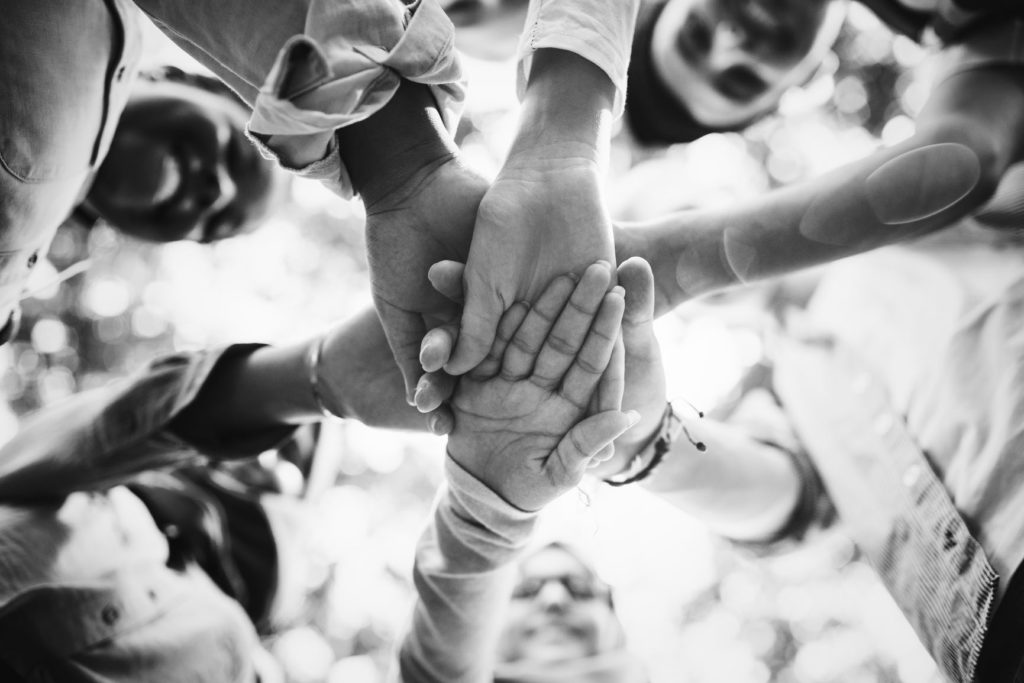 Between October and November 2020, UN CC:Learn invited youth from across the world to a series of online discussions: the Virtual Youth Climate Dialogues. We’ve received 300 applications for seven events in English, Spanish and French, which brought together over 80 youth from different ages and backgrounds, but united in goal: finding solutions for the climate crisis.

Read on and learn more about this enriching experience.

How can youth be at the forefront of climate change discussions? Aiming to answer this question by empowering those who will be the most affected by climate change, UN CC:Learn has come up with the Youth Climate Dialogues (YCDs). The first edition took place in 2015, and at the World Children’s Day on 20 November 2018 UNICEF global event “Kids Take Over” the programme committed to organizing 30 dialogues by the end of 2020. As of November 2020, 36 dialogues have been held with over 900 students from across the world.

Originally, the dialogues were held between schools from different countries, but due to the constraints brought by the COVID-19 pandemic and closure of many schools, a new format has been implemented. In October 2020, UN CC:Learn sent out a call online, inviting youth to apply for a chance to be part of the Virtual Youth Climate Dialogues. This time, young people were invited to directly apply: the only thing they needed to do was to submit the registration form, share their “Climate Story” and have a stable internet connection.

In 4 weeks, 300 youth from different countries and backgrounds showed interest and competed for a chance to participate in these new YCDs. The first Virtual YCD took place on 30 October and brought together youth from Somalia, Zambia, and Jamaica to an online round-table discussion on climate change and how it is impacting their communities leading to personal reflection and learning . The format was adapted along the way, with the following editions offering more interactive options such as polls and group discussions.

If I were in a decision-making position I would introduce environmental education in all grades. I would also come up with a policy by which all presidential candidates would be vetted based on their climate action plans – Patricia,  YCD participant from Kenya

To celebrate and acknowledge the importance of World Children’s Day on 20th November 2020, four dialogues were organized: two in English, one in Spanish and one in French. The high number of applications led to these events being split into two days. On Thursday, 19 November, and Friday, 20 November, over 50 people joined the events and got a chance to discuss climate change and propose solutions for it. The 16-year-old climate activist Yande Banda helped co-moderate the English sessions. Her passion and eloquence reminded everyone of the power youth can have to drive transformational changes in their communities. 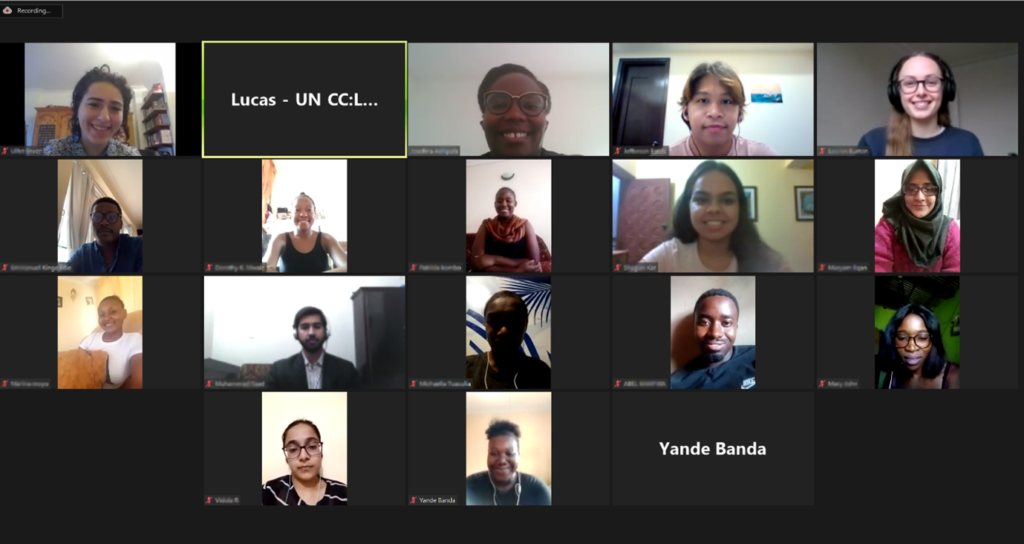 Photo taken during the Youth Climate Dialogue in English held on the occasion of World Children’s Day. Photo: UN CC:Learn

The last YCD of the year took place on 26 November 2020 and confirmed what had been seen in the previous ones: a diverse group of youngsters working both at personal and professional levels to raise awareness of climate change and bring positive transformation through their actions. From October to November 2020, UN CC:Learn hosted 7 editions of the Virtual YCDs in three languages, comprising people from every continent. Some of the countries represented were Australia, Burkina Faso, Brazil, Costa Rica, France, Jamaica, Kenya,  Mexico, Niger, Peru, Rwanda, Solomon Islands, United States, Zambia, Zimbabwe and many more.

If had the power, I would pass laws to protect natural habitats from deforestation and enforce these law strictly. I would actively listen and embrace all the voices from all political parties. And I would encourage the use of electric vehicles and solar panels. – Xinran, YCD participant from the United States 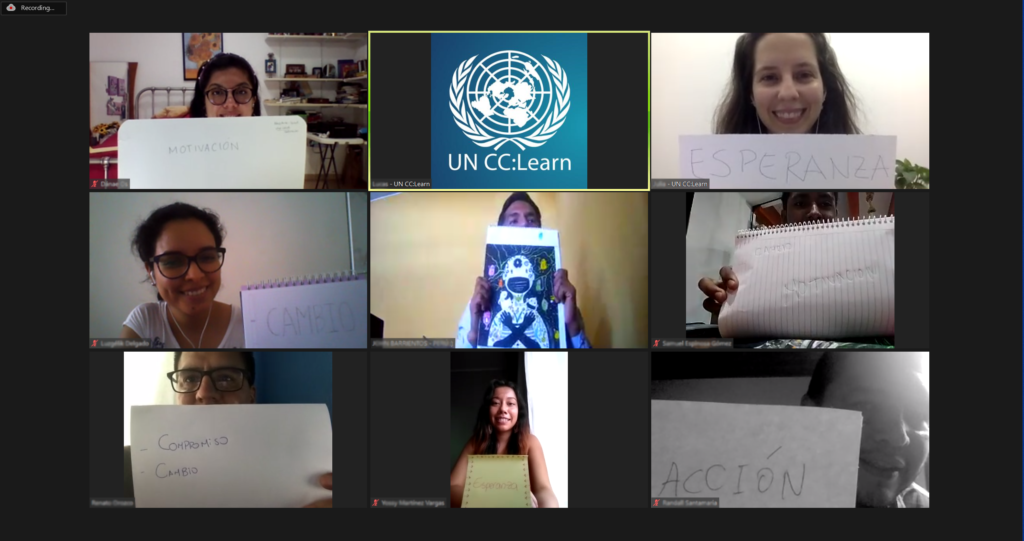 YCD in Spanish held in celebration of the 2020 World’s Children Day with young professionals and students from Latin America. Photo: UN CC:Learn

Find out how powerful youth can be!