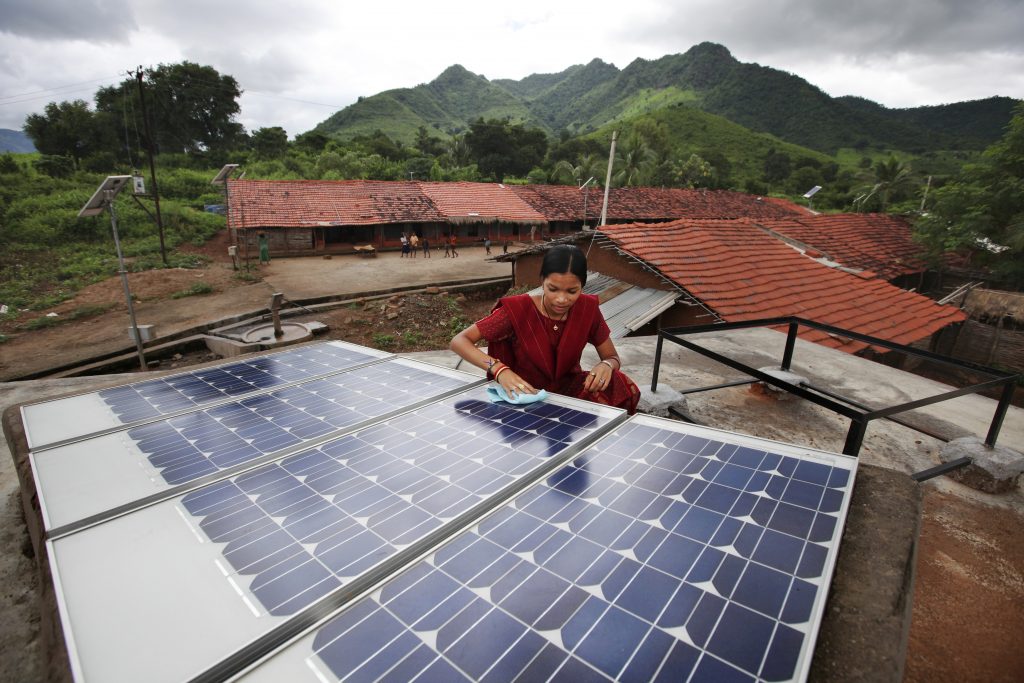 UN CC:Learn and EmPower partnered up to train over 90 people from five Asian countries on the interlinkages between gender equality, human rights, climate action and renewable energy.

Read on to get a glimpse of the training.

Facilitating women’s access to renewable energy can increase gender equality and enhance the realization of their rights, while boosting climate action. That’s one of the key takeaways from the “Gender Equality and Human Rights in Climate Action and Renewable Energy” e-course, launched in November 2021. As a follow-up UN CC:Learn and EmPower joined forces once again to organize a two-day moderated e-workshop on the topics of the course with the purpose of enabling participants to delve deeper into them.

The “E-Workshop on Gender Equality and Human Rights in Climate Action and Renewable Energy” took place on 6th and 7th April 2022 and brought together 102 people – between participants and speakers – to discuss, among other things, how women’s access to renewable energy can positively affect gender equality, human rights, and climate action. The e-workshop aimed to contextualize the knowledge about these topics while enhancing experience-sharing across the Asia-Pacific region. It primarily focused on five Asian countries: Bangladesh, Cambodia, Indonesia, Sri Lanka, and Viet Nam, and was divided into four main sessions spread across over more than seven hours of training.

The training was designed to achieve the following learning objectives: 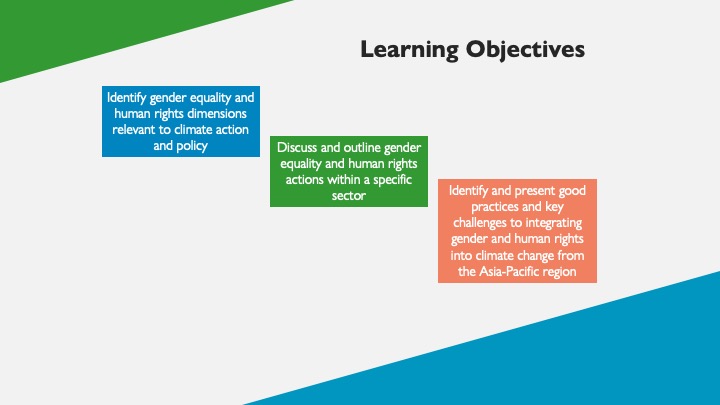 Each session consisted of keynote presentations delivered by experts, with three of them having moderated and interactive group exercises to promote experience-sharing among attendees. The “Experience-sharing: the status of gender equality in climate action in Asia-Pacific” and “Designing gender responsive sectoral activities” group activities in sessions 2 and 3, respectively, allowed participants to exchange and brainstorm with peers, thus allowing them to share their experiences while they worked on tailored exercises focused on each country or sector. The former had participants split into 5 groups representing one of each focus countries while the latter had them divided into 3 groups representing three key sectors: energy, agriculture, and forestry.

“Thank you for all the organizers of the e-workshop on Gender Equality and Human Rights in Climate Action and Renewable Energy. I have learned a lot.  It is interesting to meet so many people from all over the region that are working on the issue. I am thankful that I found this workshop and joined this network exactly at the same time as I planned to delve more into this issue.“ – E-Workshop  Participant

To attend the e-workshop, participants had to undertake a selection process which consisted of being invited or appointed by their governments or agencies and filling in an online application form. They were also encouraged to take the online course prior to the training to arrive at it with a similar level of knowledge and understanding.

The entire process was captured by a visual artist who drew live the topics and ideas discussed. 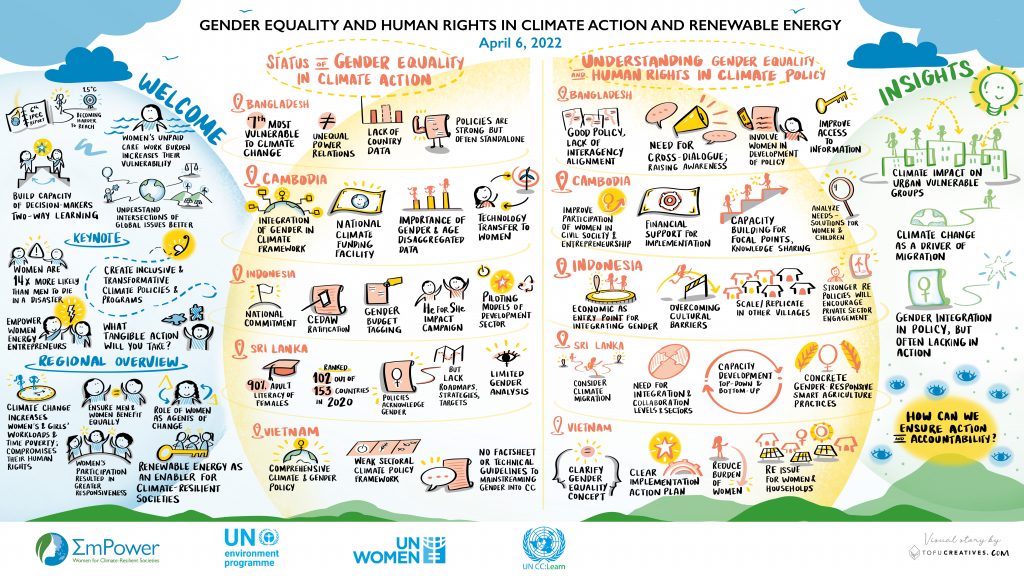 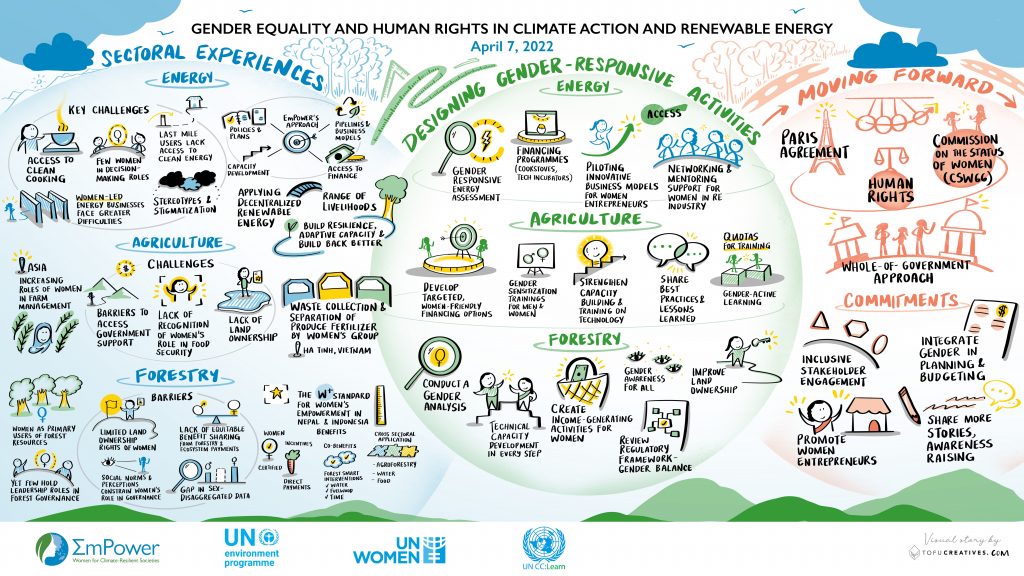