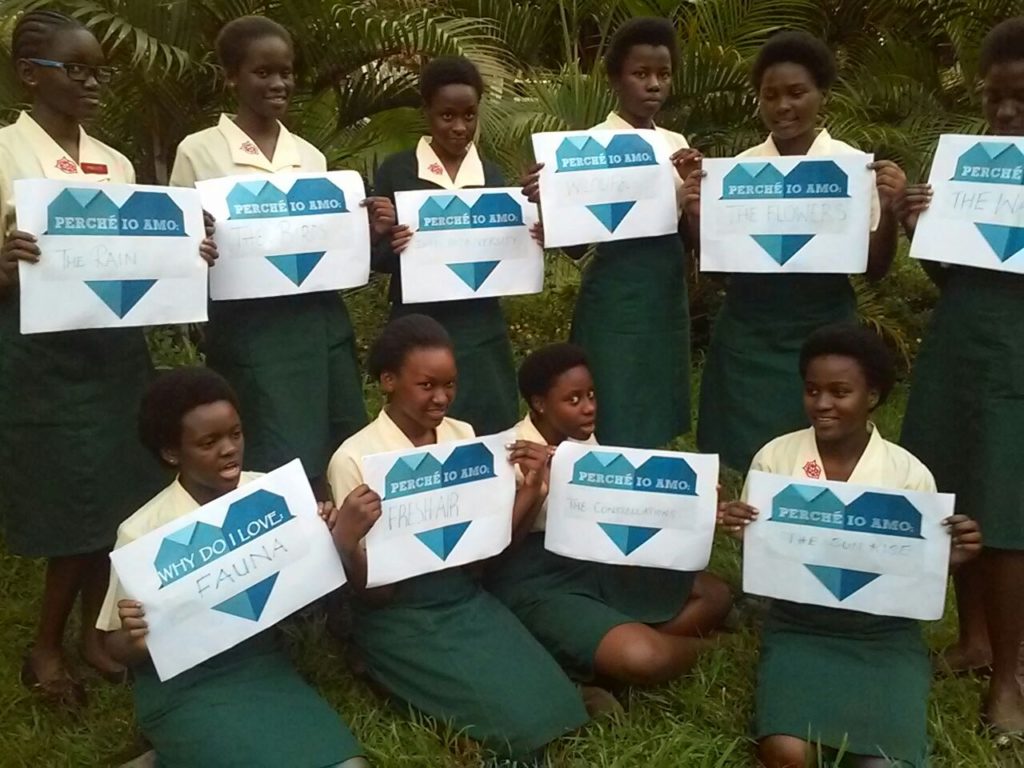 While the COP 21 negotiations are in full swing, the third event of the Youth Climate Dialogues initiative took place in Lugano, Switzerland on the 30th of November. The event featured an online discussion on climate change between the Swiss and Ugandan schools.

Amidst high-level climate talks in Paris, Swiss students and students from Sub-Saharan Africa, share their climate change experiences via Skype

While the COP 21 negotiations are in full swing, the third event of the Youth Climate Dialogues initiative took place in Lugano, Switzerland on the 30th of November. The event featured an online discussion on climate change between the Swiss and Ugandan schools.

This initiative has been jointly initiated by the Swiss Agency for Development Cooperation (SDC) and the United Nations Institute for Training and Research (UNITAR). Its aim is to raise awareness about climate change impacts, particularly among young people. Two video-conferences already took place in high schools in St. Gallen and Lilongwe (Malawi) as well as in La-Tour-de-Peilz and Niamey (Niger), where students engaged in a lively discussion with their peers. Both dialogues were also featured in formal events attended by a broader audience including climate change experts, artists and policy makers.

This Monday, November 30th, students from Liceo Cantonale di Lugano 1 (Switzerland) and Gayaza High School (Uganda) met online to talk about climate change as part of the Youth Climate Dialogues. The students worked very hard and with a lot of enthusiasm to prepare well and be ready to share their knowledge and experiences related to climate change and answer the questions of their peers. The students were supported by their teachers and encouraged to complete UN CC:Learn’s e-learning course on climate change developed by UNITAR. 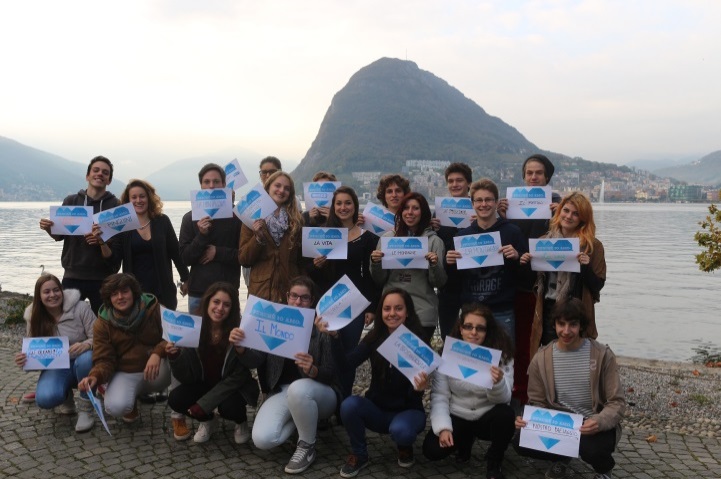 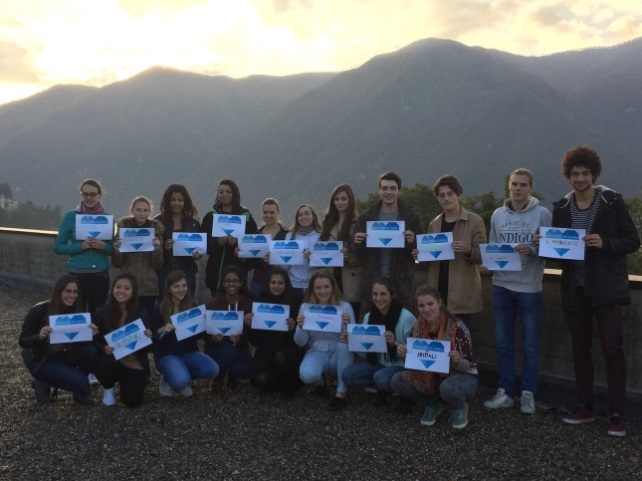 The interactive debate focused on students’ perceptions and experiences in connection with climate change. Many questions were raised from both groups about the main consequences of climate change and how these consequences have become more evident in the latest years. To respond to these questions, Lugano’s students showed pictures and statistics on the effects of global warming on the Swiss Alps, highlighting the increasing impact on endemic flora and fauna and the dramatic retreat of Swiss glaciers. The Ugandan students focused their interventions on the climate change consequences on water, food security and health. Both groups discussed also about possible solutions to adapt to the consequences of climate change and reduce the causes of global warming. All the students highlighted the importance to act at a global level, with the promotion of education programmes and awareness campaigns, as well as at the very individual level, with energy saving and less carbon intensive individual choices. 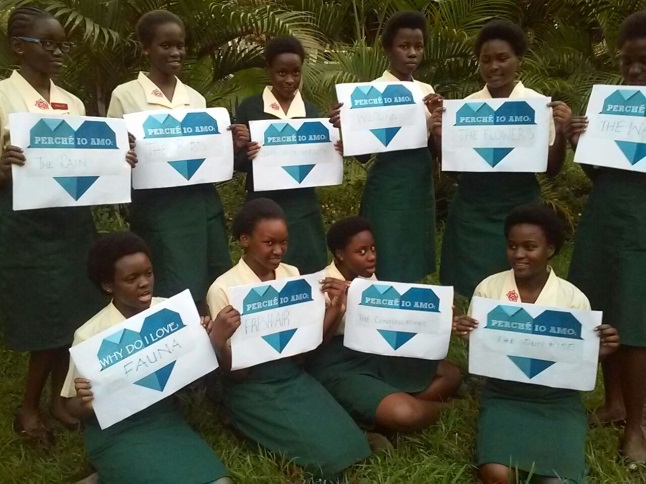 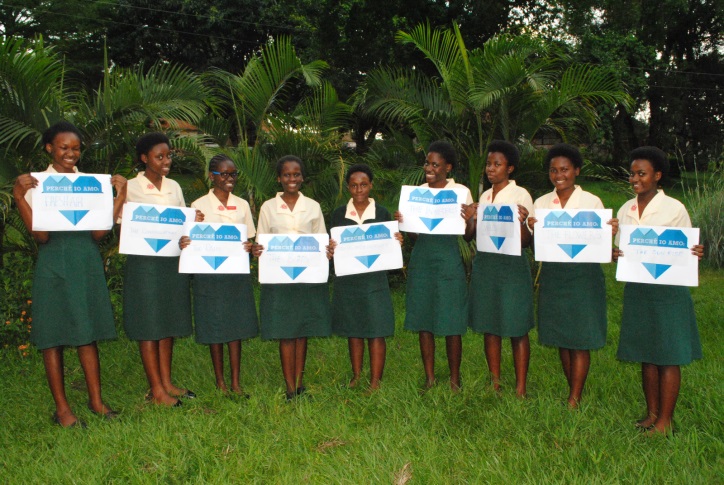 The blue hearts in the pictures from Lugano and Gayaza were adopted from a project by the Klima Alianz. Each student writes down a thing they love, e.g. penguins, mountains, food, rainbows. The idea is that a changing climate can have serious consequences on all the things we love. For more information visit: http://www.klima-allianz.ch/dennichliebe/herz-zeigen/

The opportunity for the students to engage with each other, learn about each others’ lives and experiences is at the heart of the dialogues. Ultimately, what the students learn directly from their peers has much more impact than what they read in the books. Similar to the dialogue between pupils from St. Gallen and Lilongwe, the discussion lead to the realization of the Swiss students that climate change is not an abstract notion of the future, but is already impacting the lives of their peers across the globe.

A summary of the dialogue will be presented at a public event in Liceo di Lugano, on the 9th of December. The event will feature Francesco Pisano, speaking on behalf of UNITAR and the UN CC:Learn program as well as a presentation by His Excellency, Mr. Pio Wennubst, Ambassador and Assistant Director-General of SDC. It will be moderated by MeteoSvizzera meteorologist Mr. Paolo Ambrosetti.

A trailer featuring the three Youth Climate Dialogues will be projected at the UN Alliance Side Event on Non-formal Climate Change Education taking place at the COP-21 in Paris on the 4th December 2015.

The video of Youth Climate Dialogues between Lugano and Kampala is available here. 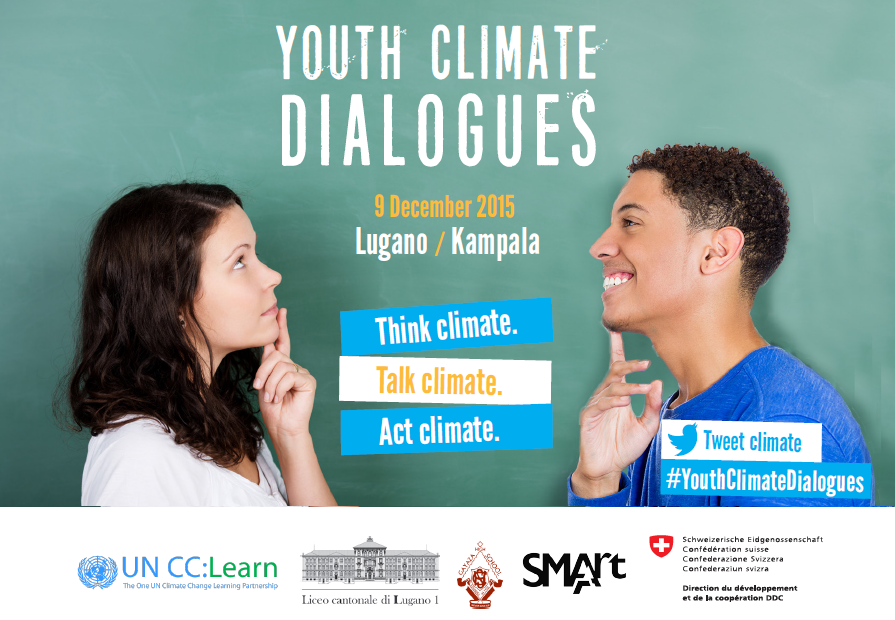 About the YCD Programme

The Youth Climate Dialogues is an initiative of the Swiss Development Cooperation (SDC) and The One UN Climate Change Learning Partnership (UN CC:Learn) that aims to provide a forum for youth both in Switzerland and UN CC:Learn partner countries to share their views about climate change. Young people between the ages of 14 and 18 are not only highly vulnerable to the impacts of climate change but they are also tomorrow’s business leaders, decision makers and consumers. Thus, it is important that in the run-up to the annual climate conference in Paris, December 2015, where they will be given a channel to share their views.

Empowering Children to Act on Climate Change through Art in Greece