In the coming decades, Niger will face extreme weather events, such as sudden and torrential rainfalls, droughts, heat waves, and strong winds, which often carry dust bearing epidemic diseases. Since 2015, UN CC:Learn has been with working with the government of Niger and other stakeholders to meet the government’s ambition of developing a national climate change learning strategy. 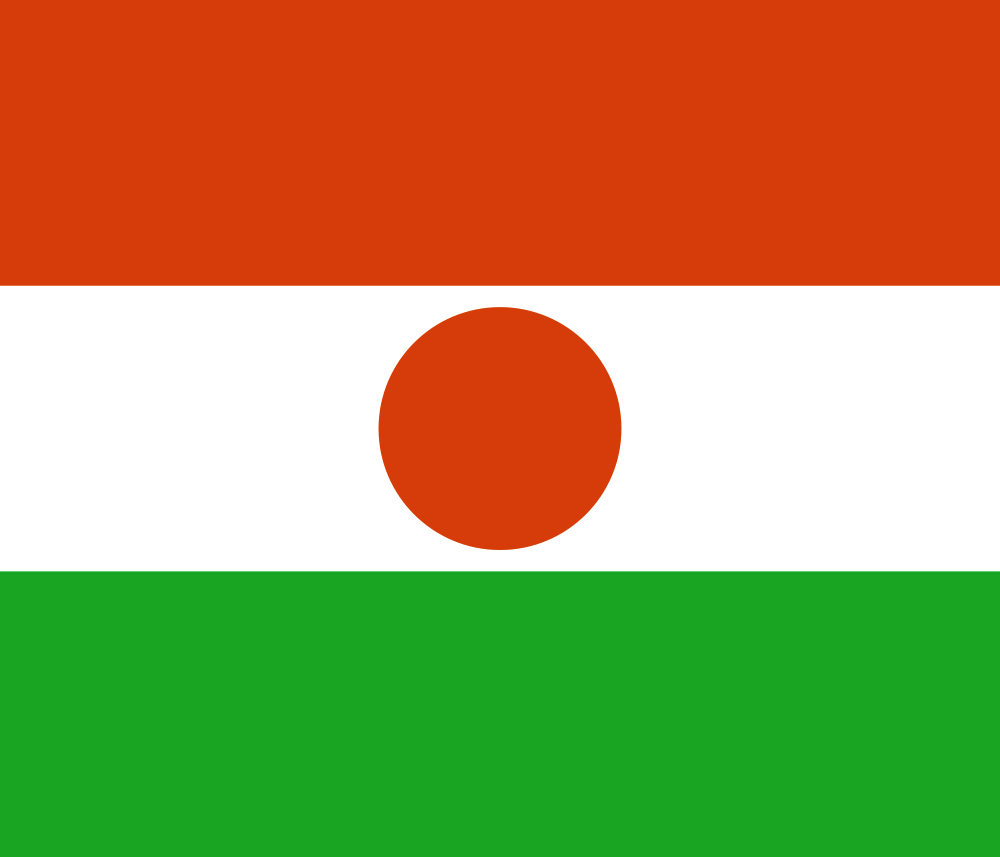 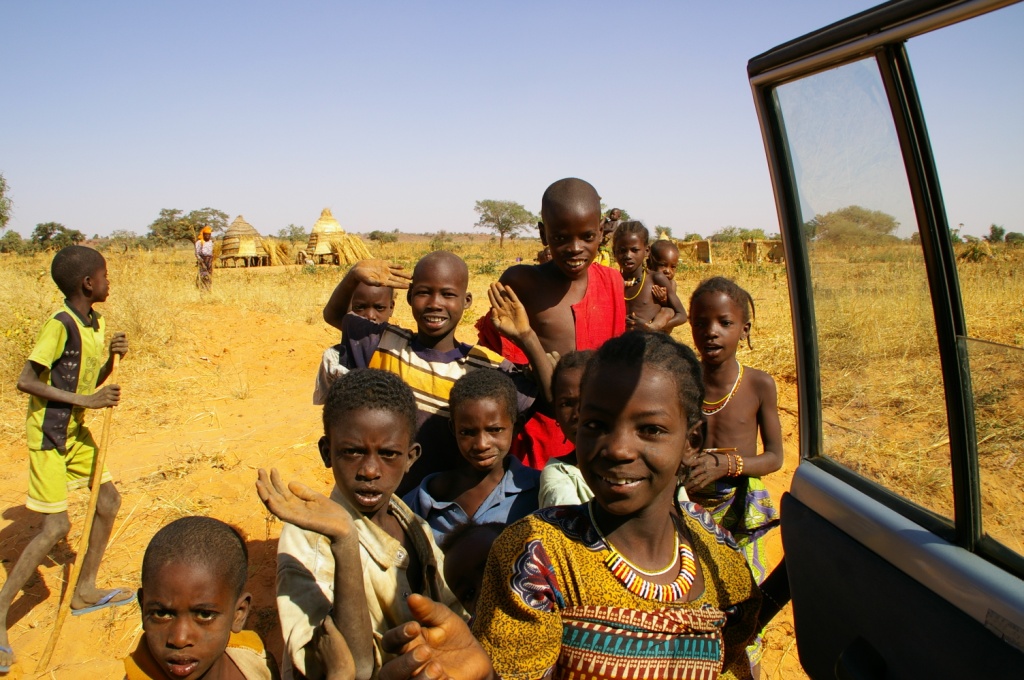 Niger has developed its National Climate Change Learning Strategy through a process that engaged a wide range of stakeholders. The strategy was validated in August 2016 during a workshop that brought together around 30 representatives from multiple ministries, civil society, the academia and international cooperation agencies.

The strategy is centered around three strategic lines: 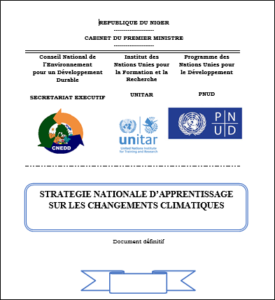 As a first step towards this strategy, a background report was developed. 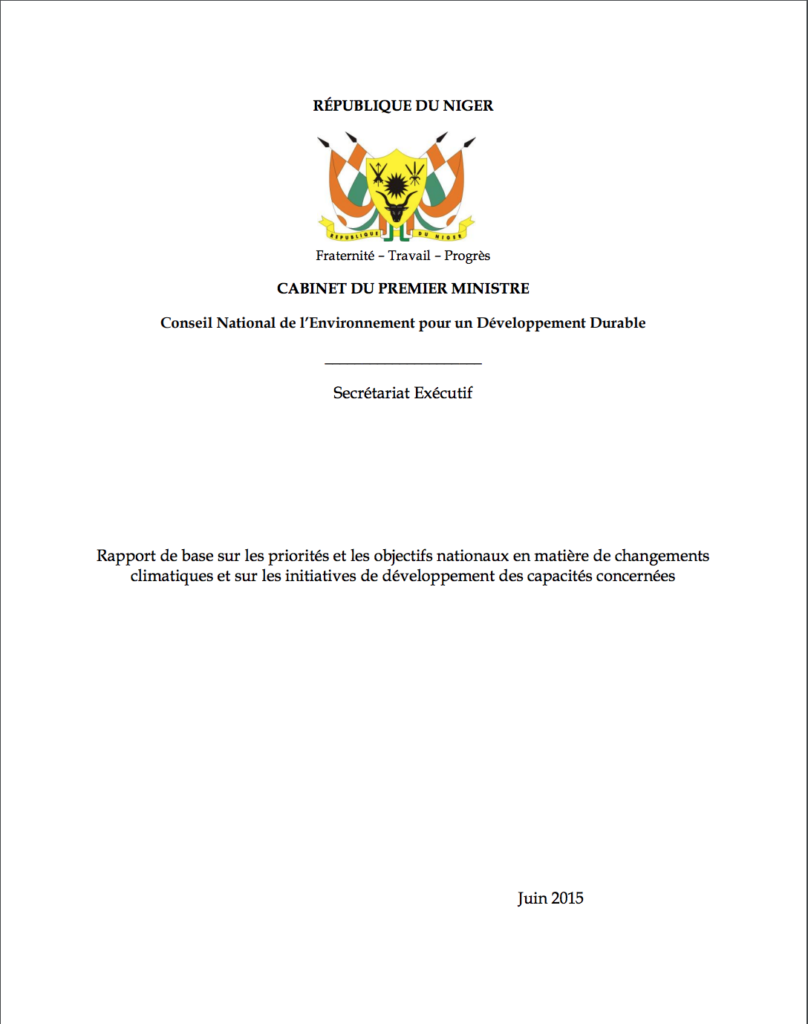 Turning the Strategy into Action

An action plan with specific activities was designed. Some of the key activities aiming to put the strategy into practice include:

Using theatre and songs in the local language to raise local communities’ awareness of early warning systems and climate change, as part of A GIZ-WFP project. This was done in partnership with the Ministry of Environment, the Direction de la Météorologie Nationale, and the Ministry of Culture. It raised the awareness of 113 decision-makers and local stakeholders in three villages, on agrometeorology, climate risks and adaptive irrigation systems.

A GIZ project which led to the creation of a module on small irrigation for farmers.
Awareness raising of regional actors on climate change adaptation planning promoted by the Secrétariat Exécutif du Conseil national de l’environnement pour un développement durable (SE-CNEDD), mayors and regional technical services, with support from FAO.

A GIZ project which led to the creation of a module on small irrigation for farmers.

A training workshop on bilateral and multilateral climate change funding was organized in December 2016. During the event, participants formulated recommendations, including a national strategy for the mobilization of climate funds; building the capacity of the Technical Commission on Climate Change and Variability; and conducting regular assessments of the impact of climate finance.

The integration of climate change into the sectoral strategy for the water sector, undertaken by the Ministry of Water Resources in collaboration with the Université de Niamey and the Secrétariat Exécutif du Conseil national de l’environnement pour un développement durable (SE-CNEDD), with support from the World Bank.

Niger has been regularly sharing experiences with other partner countries as part of the UN CC:Learn regional hub in West Africa. For further information, please check the West African Hub page.

Our work in Niger is implemented under the leadership of the Secrétariat Exécutif du Conseil national de l’environnement pour un développement durable (SE-CNEDD), in collaboration with the United Nations Development Programme.