The Kyrgyz Republic is very vulnerable to climate change. This is because its water resources, mountain ecosystems, and agricultural systems are sensitive to extreme weather changes. Since 2019, UN CC:Learn has been working with the government of the Kyrgyz Republic, and with many other stakeholders in the country, to build and implement a strategy that increases the individual skills and institutional capacities needed to foster green and climate-resilient development. 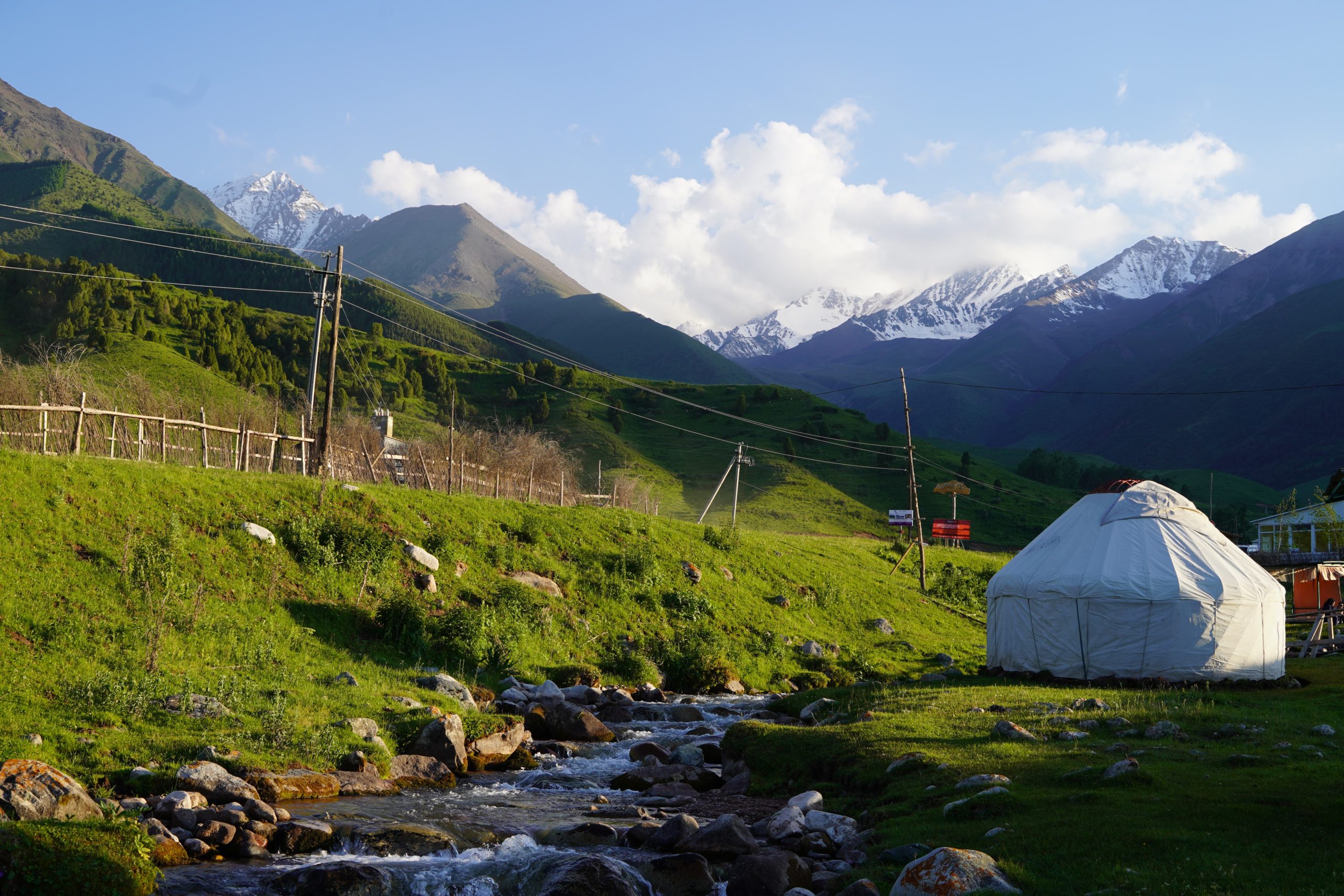 The Kyrgyz Republic is taking a strategic and results-oriented approach to climate change learning. Our project is working towards strengthening the human resources and skills needed to meet key climate change commitments, such as the Nationally Determined Contribution and the National Action Plan.

Our work in the Kyrgyz Republic is aligned with major national policy initiatives that recognise the need for greater capacity, knowledge and skills. These include:

Our work in the Kyrgyz Republic was officially kicked off with an inception workshop during the Green Economy Week in Bishkek in November 2019.

A two-part National Planning Workshop held in July and August 2020, and led by a Technical Working Group, laid the groundwork for the development of the Kyrgyz Republic’s Strategy, named Kyrgyz Republic Comprehensive Plan of Measures on Climate Change Learning.

Key steps to the finalisation of the Strategy:

Turning the Strategy into Actions

The implementation of the Strategy is already under way. Some the activities organised so far are:

Held in partnership with the Academy of Public Administration under the President (APAP) of the Kyrgyz Republic, it aimed at the development and piloting of a training programme on climate change, which is to be included as a mandatory training for civil and municipal servants.

In total, 20 municipal servants and 24 civil servants from different provinces and government organisations have been trained on climate change in two trainings, using tailored materials and UN CC:Learn’s “Climate Change: from Learning to Action” e-course. In addition, as a key part of the trainings, they worked on the development of applied projects on climate change mitigation and adaptation.

A short video from the training is available here.

Among the activities undertaken, a curriculum analysis of school subjects to identify the presence of climate issues was carried out, a training for developers of standards and curriculum was organised, a teacher’s and student’s guide on climate change in four subjects was prepared, and a training for teachers of pedagogical universities (future teachers) of Bishkek and Chui oblast on the integration of climate change into the subjects of geography, chemistry, biology an physics was held at Kyrgyz National University (46 teachers and recent graduates trained).

An online knowledge platform – www.climatehub.kg was created as a hub for information and experience-sharing among all stakeholders on climate change in Kyrgyzstan. The platform aims to raise the awareness of key stakeholders on climate issues and to improve information exchange between the public and the Government, thus contributing to a better-informed decision making.

A Kyrgyz youth dialogue was organized on 24 April 2021. It brought together more than 200 (100 offline and 100 online) young people representing various academic institutions and organizations.

A social media campaign on climate change was launched in May 2021 to inform and raise wider public awareness on the topic. The campaign aimed to build public understanding on the science and politics of climate change, on national plans and contributions (NAP, NDC), and on the role of consumers and citizen behavior.

The campaign took place on Facebook and Instagram led by the Climate Finance Center and went for three months. Short, animated videos in Russian (Video 1, Video 2) and Kyrgyz (Video 1, Video 2) languages were produced and disseminated through popular platforms.

Our work is coordinated by the Climate Finance Center, in collaboration with the State Agency for Environmental Protection and Forestry, the Ministry of Education and the Ministry of Climate Change, with support from the United Nations Development Programme (UNDP).

A technical task team comprising key ministries, academic institutions, students and civil society organizations has been set up. It is tasked with supporting the development of the country’s Climate Change and Green Economy Learning Strategy and the implementation of identified priority actions.