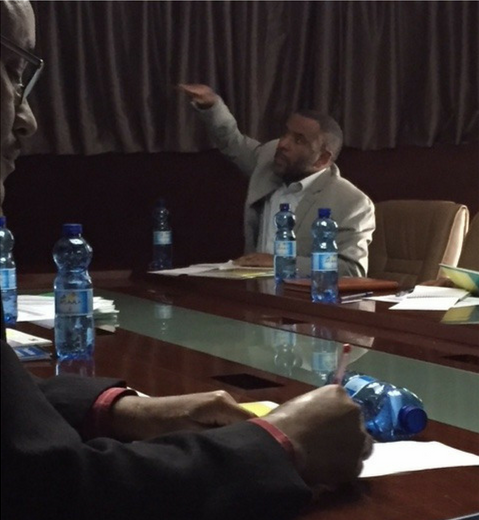 In Ethiopia, the impacts of climate change are easy to see, from the increasing frequency of dry periods and droughts, to the unpredictability of rains. The country’s world-famous uplands – cradle of the world’s coffee industry – are not being spared either, with a noticeable upward shift in mean temperatures.

Ethiopia is lucky. Lucky because it is a young country. Young in the sense that it has an overwhelming youthful population, with more than 50% being 21 years of age or less. It stands to reason, therefore, that education is a major national priority. But it is only quite recently that policy makers have recognised that education must include climate change.

In Ethiopia’s regions, particularly in the South, in Oromia, and in Amhara (among others), the impacts of climate change are easy to see, from the increasing frequency of dry periods and droughts, to the unpredictability of rains. The country’s world-famous uplands – cradle of the world’s coffee industry – are not being spared either, with a noticeable upward shift in mean temperatures.

Last September Ethiopia endorsed a Climate Change Education Strategy which explicitly places the education system at the forefront of the response to climate change. Education, in all its forms, is probably the most cost-effective way of addressing climate change in the long term. It has taken too long for this realisation to dawn on the global development system, but once again Ethiopia is stealing a march on the world by shinning its unique light on the issue.

Others will surely follow, just as they did in 2011 with the launch of the national Climate Resilient and Green Economy Strategy, the first of its kind across the continent and an inspiration to many countries who have followed in its wake. UN CC:Learn is proud to be associated with Ethiopia’s climate change education revolution and we were delighted to participate in a high level meeting on 1 March, attended by Mr. Angus Mackay, Head of the UN CC:Learn Secretariat based at UNITAR in Geneva, and  chaired by the Ministry of Environment, Forests and Climate Change, as well as the Ministry of Education. A decision was made at this meeting to establish an institutional mechanism at both national and regional levels to work on climate change education, witnessed by several regional representatives. It’s much more than a beginning and, as they say, “you make your own luck in this world”.

Youth Climate Dialogues Leaving No One Behind!

Small Steps can Lead to Big Changes: The Case of GEMS Schools in Dubai