The UN CC:Learn Ambassador Doddy Sukadri explains the challenges of multilateral climate change negotiations and what is needed from the governments to deal with the climate change issue at the central and sub-national levels.

The last session of the COP24 climate change negotiations in Katowice, Poland has been postponed several times because more than 100 Ministers and more than 1,000 negotiators tried to overcome their differences on how the ‘Rulebook of Paris’ can be implemented in each country. After a heated debate, the COP24 Conference, which was supposed to be completed on Friday, December 14, 2018, was closed on Sunday morning December 16 at 0.33 Katowice time.

Three years ago in Paris all countries agreed to withstand a rise in global temperatures to below 2° C above pre-industrial temperatures, and to try to increase the temperature to a maximum of 1.5° C. Now, at Katowice, the parties are trying to agree on how they will achieve Paris’ commitment collectively, build trust between each country, and bring the Paris agreement to be carried out consequently. 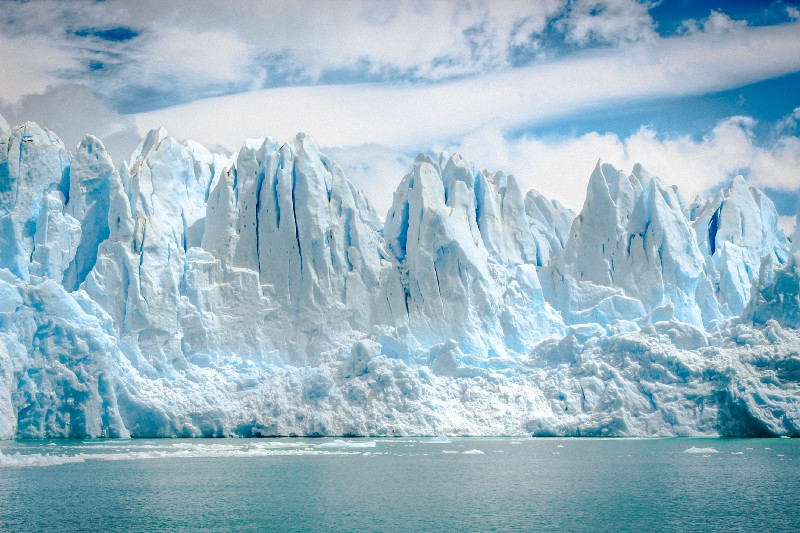 According to the IPCC report, ‘marine ice sheet instability in Antarctica and/or irreversible loss of the Greenland ice sheet could result in a multi-meter rise in sea level over hundreds to thousands of years’

Historically, multilateral climate change negotiations were difficult because all countries sought to protect their national interests. That is why the commitment made in Paris is considered a successful breakthrough. The agreement, in addition to setting a global temperature increase target of 2 ° C / 1.5 ° C, also includes a commitment to increase financing for climate change, financial support from industrialized countries to developing countries, developing a national mitigation plan by 2020 with self-determined goals and targets; protect ecosystems, strengthen adaptation and reduce vulnerability to the effects of climate change.

Agreeing on how to make all of the above happen is a complex situation due to political and technical issues; various realities at the national and local levels and financial and economic constraints.

The issue of climate change is an emergency climate crisis. The latest report from hundreds of scientists who are members of the Inter-Governmental Panel on Climate Change (IPCC) made it clear that we need to act now to reduce greenhouse gas (GHG) emissions in the next 12 years. However, it seems that the response of the Government in each country has been considered inadequate.

What Can We Do?

Climate change is not a nightmare, but a reality that must be faced by all of us together. So far, we can see the impact of climate change everywhere. Declining agricultural production due to uncertainty in seasons, floods and droughts; the emergence of new pests and diseases that have never been known before; declining fisheries production due to changing marine ecosystems and damage to coral reefs; and various disasters that we often see lately. According to the Natural Disaster Management Agency (BNPB), more than 80% of the national disasters that occur in Indonesia are due to climate change.

GHG emission reduction is a big homework that we need to complete together. Not only at the national and local levels but also at the international level as well. The Indonesian government has worked hard to make various efforts to reduce GHG emissions. These include a moratorium on the postponement of exploitation of natural forests, development of a low-carbon economy, and the establishment of a Peat Restoration Agency. The Ministry of Environment (KLHK) and BAPPENAS are the two government institutions that have been the leading agents in managing problems related to climate change, while the Ministry of Finance supports it with various climate change funding policies.

What is needed from the government now is to deal with the issue of leadership and governance in climate change, both at the central and sub-national levels. It is absolutely necessary at the central level to have cohesiveness between Ministries/ Agencies that are heavily involved in climate change works so that roles and authority do not overlap each other. The role of the Coordinating Ministry for Economic Affairs is demanded to be even greater for synergic, effective and efficient coordination between ministries involved in reducing GHG emissions and achieving low carbon economy. At the sub-national level, it also requires harmony between the roles and authorities of Governors, Regents, Mayors, and technical offices. The benchmark for the successful handling of climate change might be implemented at the sub-national level. As such, all efforts, including technological support, funding, and capacity building to handle climate change are focused on the sub-national regions, not at the national level.

However, the Government will not be able to work alone, and needs the participation of actors outside the government (non-state actors). They are business people, NGOs, scientists, academics, field practitioners, educators, community leaders and the community itself. Yoichi Kaya, a Japanese economist, expressed his argument that the amount of emissions of a country is directly proportional to the number of population. The higher the population and GDP of a country, the higher the emission will be. Especially if the energy used is not renewable energy, and is used excessively / wastefully. The toughest challenge for Indonesia is how emissions can be reduced as much as possible, but remaining the economic growth high. 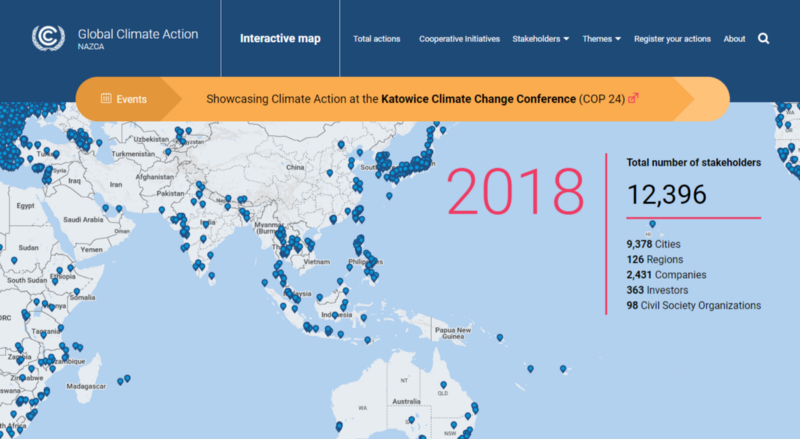 The UN Climate Change has launched a Global Climate Action portal where companies, cities, subnational regions, investors and civil society organizations can display their commitments to act on climate change. Access it here.

The solution to climate change is not just a lively debate in the air-conditioned room (AC) and in luxury hotels, but it needs to be put into action in the field. The government and non-state actors are actually the main actors who can change the situation. All parties must carry an understanding of climate change out more intensively, seriously, and continuously in order to be able to change the behavior and lifestyle of a society that is wasteful of energy.

The High-Level Conference, which took place in Katowice is just one means to find a solution to the world’s climate change issue, but the key to its success depends entirely on each of us. Borrowing the words of a scholar A. Gymnastiar (Aa Gym), the most pragmatic solution is 3S, i.e. Starting from ourselves; Starting from the family and the closest friends, and Start it NOW!

This article was written by the UN CC:Learn Ambassador Doddy S. Sukadri who is actively engaged in low carbon development strategy, carbon market and trade, as well as climate change-related matters.

The Climate Change Negotiations and Health course has been updated for COP27!

Disability and the Climate Crisis by Farhan Helmy and Doddy S. Sukadri