About 31 students between 15–20 years from the refugee camp in Ethiopia and the students from the Lycée International de Ferney-Voltaire in France came together to discuss how they experience and deal with climate change.

After weeks of endless phone calls and email, exchanges to arrange our trip to Ethiopia, David, our filmmaker, and Josefina finally received their visas and permits for the mission to an Ethiopian refugee camp close to the border with Somalia. With passports in hand, they kicked off their journey to bring the Youth Climate Dialogues (YCDs) to the Sheder refugee camp and help students prepare for their first dialogue.

As we celebrate World Children’s Day, we put together this video that captures a glimpse of their life.

The Youth Climate Dialogues is a UN CC: Learn initiative with support from the Swiss Agency for Development and Cooperation (SDC) aimed at providing a platform for youth to engage in climate discussions. It is a virtual discussion were students from different parts of the world can talk to each other on how they experience and deal with climate change.

On the first day, about 20 km from Jijiga driving towards the camp they had a flat tire and our local UNHCR colleagues told us it was quite common on this gravel and stony road to Sheder. Josefine was eager to get to the camp and meet the students, so after changing the wheel we hit the road and arrived in Sheder just in time for a quick meeting with the camp’s authorities and environmental club which has students from both primary and secondary schools. 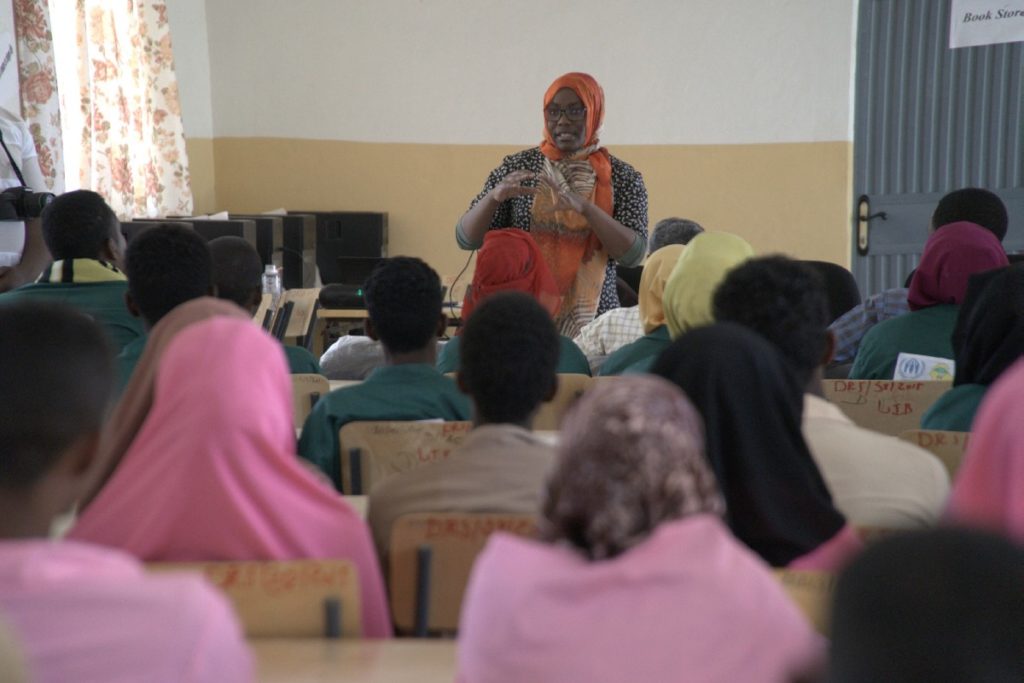 Interacting with the students and preparing them for the YCD. Photo: UNITAR/David von Blohn

About 31 students between 15–20 years of age signed up for the dialogue and during the following days, we were able to carry out many brainstorming activities on how they would like to prepare for the dialogue. The students were eager to talk about climate change in Ethiopia, their homeland Somalia and their hopes and dreams for the future.

They shared their environmental club activities and together with their families opened their homes to give us a glimpse of their everyday life. Josefina and David were treated to lunch, traditional dances and so much more. 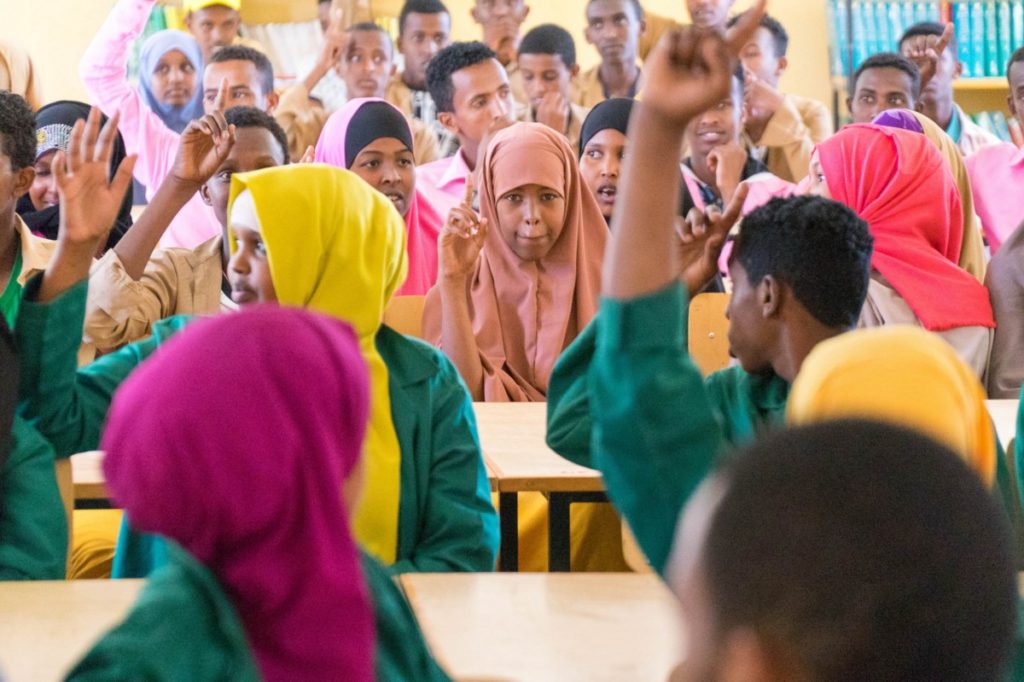 The dialogue took place with students from the Lycée International de Ferney-Voltaire in France. With thousands of kilometers and different backgrounds, one thing was clear, climate change is an important issue that needs to be discussed at all levels to really make a change. 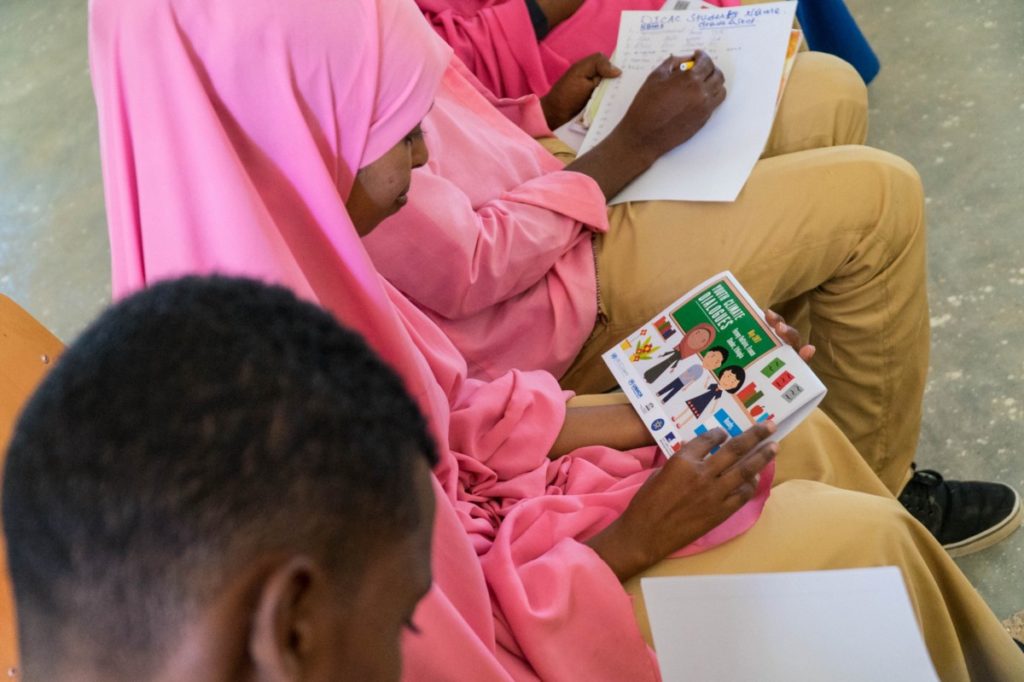 Our designer Pilar Lagos custom made these notebooks for the students to write their ideas. We hand-picked inspirational quotes and placed them throughout the notebook. Photo: UNITAR/David von Blohn

As the students from the Sheder camp put it:

The mission and Youth Climate Dialogue was organized in partnership with UNHCR, UNESCO and the Ethiopian Administration for Refugees and Returnee Affairs (ARRA), with financial assistance from the SDC. Thank you to the Shedder refugee camp Primary and Secondary Schools environmental club and the Lycée International de Ferney Voltaire Model United Nations initiative for participating in this dialogue.