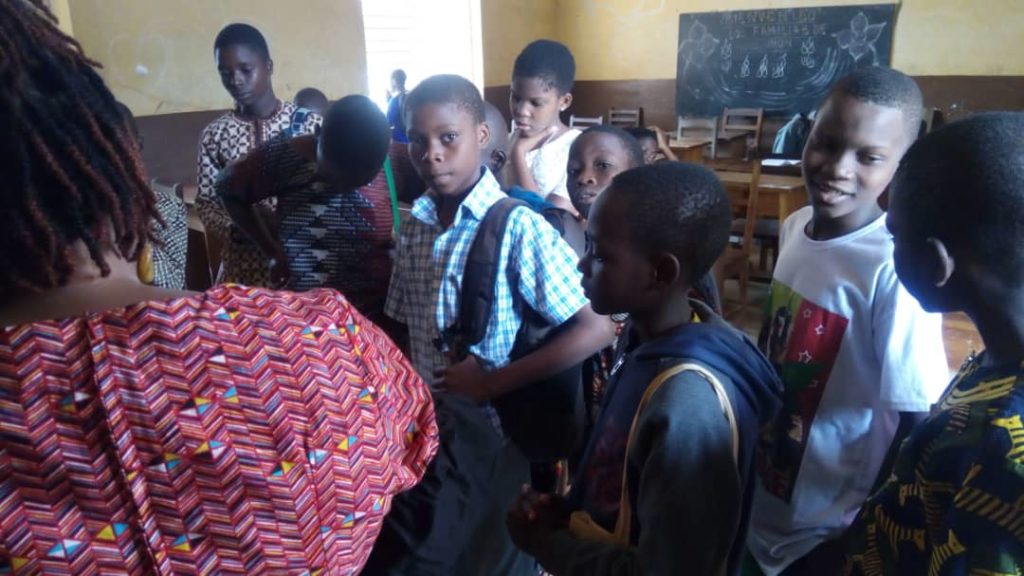 As part of the implementation of the National Learning Strategy on Climate Change, the Ministry of Environment and Sustainable Development of Benin, with the support of UNESCO, organized the first edition of the School Competition on Climate Change for students between 10 and 15 years of age.

Cotonou, May – July 2019. Investing in the education of future generations is essential to address the challenges of climate change, as well as to seize the new opportunities associated with it effectively. To this end, the Government of Benin, through the Ministry of the Environment and Sustainable Development (MCVDD) and with the technical and financial support of the United Nations Educational, Scientific and Cultural Organization (UNESCO), organized the first edition of the School Competition on Climate Change (CSCC). This initiative, which ran from 27 May 2019 to 12 July 2019, complements all the Ministry’s training and capacity-building activities in this area, including the implementation of the National Learning Strategy on Climate Change. 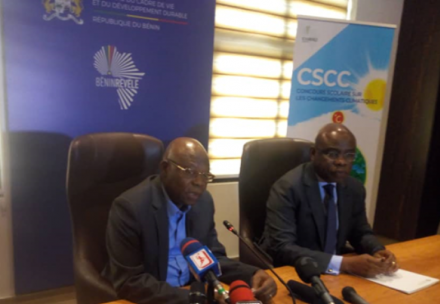 The objective of the competition is to facilitate public access to more information on climate change, focusing on the school level. More specifically, the competition aims to raise awareness among young people of the issues, challenges, and opportunities related to climate change; to have specialists in the different thematic areas related to climate change in the long term; to attract national, regional and international public attention on the need to train on this issue; and to encourage excellence.

The Competition is intended for students in the 4th and 5th grades, aged between 10 and 15 years old, and therefore developing their critical thinking and sense of responsibility. Through this target audience, it is also envisaged to facilitate exchanges on the issue of climate change within the students’ families and communities of origin. 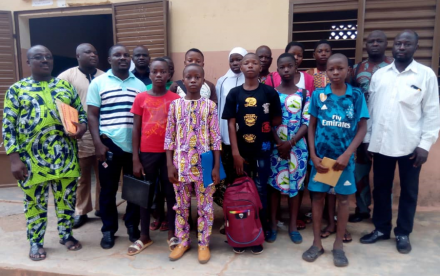 The competition was conducted in three phases, namely:

– Registration of candidates with the relevant institutions in the cities of Natitingou, Parakou, Abomey, Lokossa, Porto-Novo and Cotonou (28 May-13 June 2019).

– A written composition of approximately one hour undertaken by all candidates in 6 departments (preparation from 13-20 June 2019, composition on 22 June 2019).

– The selection of the 12 best candidates (2 per department) who are then invited to answer questions from a jury set up for this purpose, during a competition that takes place on the television set of the Office de Radiodiffusion et Télévision du Bénin (ORTB). The 3 best candidates are selected and awarded (July 12, 2019). 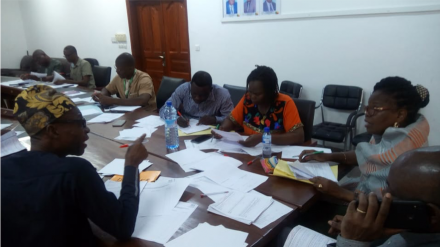 The award ceremony was chaired by Mr. José Tonato, Minister of Environment and Sustainable Development and was attended by the Secretariat of the One United Nations Climate Change Learning Partnership (UN CC:Learn), which was represented by Mr. Julien Koularambaye Koundja, Regional Coordinator of the UN CC:Learn Platform in West Africa. 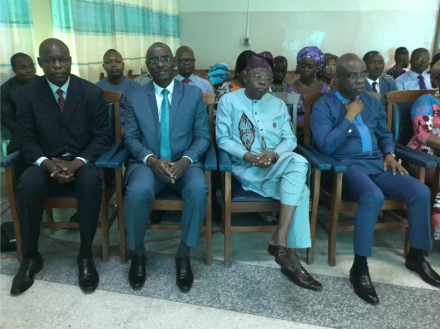 In his welcome address, Mr Martin Pepin-Aïna, Director General for Environment and Climate, explained the relevance of the competition, which is fully consistent with Article 6 of the United Nations Framework Convention on Climate Change (UNFCCC) on climate change education and training.

For Mr Karimou Salimane, Minister of Primary and Maternal Education, President of the Beninese National Commission for UNESCO, stressed that the competition is important since it contributes to the “good ambition of the Beninese government”, before expressing its total commitment and support to the activity.

Mr. Julien Koularambaye Koundja, representing the United Nations Institute for Training and Research (UNITAR), congratulated the Government of the Republic of Benin on the implementation of its National Learning Strategy on Climate Change before presenting the support that UN CC:Learn will continue to provide by 2020, particularly through the establishment of a regional platform for sharing knowledge and experience on climate change learning among 13 West African countries, including Benin.

Mr José Tonato, Minister for the Environment and Sustainable Development, said that “combating the harmful effects of climate change has become the major challenge of the 21st century” and stressed that in order to strengthen the resilience of populations, especially those most vulnerable to its effects, “a better knowledge of the phenomenon and a good public education” are essential.

Following these interventions, Mr. Koularambaye Koundja presented the winners with awards in the presence of two ministers and the representative of the United Nations Development Programme (UNDP), offering words of congratulations to the lucky winners. 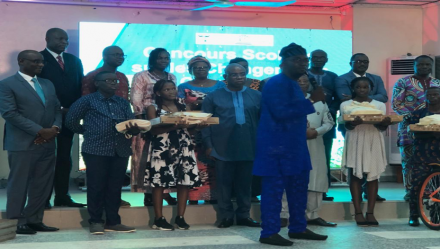 Delivering the prizes to the winners

Up for the Challenge! Ghana Aims to Educate All School Children About Climate Change

Small Steps can Lead to Big Changes: The Case of GEMS Schools in Dubai