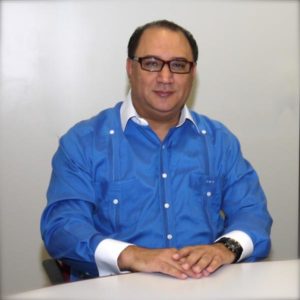 Mr. Omar Ramírez Tejada has been a key figure in promoting climate changed education and training at national, regional and global levels. As Secretary of State and Executive Vice President of the National Council for Climate Change and Clean Development Mechanism he ensured high-level political support for the development and implementation of the national climate change learning strategy of the Dominican Republic. He is also the head of the Dominican delegation to the UN Framework Convention on Climate Change (UNFCCC) where he has constantly promoted the importance of Article 6 of the convention on education, training and public awareness-raising.

Omar has held the aforementioned position since August 2007, appointed by the President of the Republic, Dr. Leonel Fernandez. In the past, he has held senior management positions in the field of environment and natural resources, such as Executive Director of the Center for Conservation and Eco-Development of Samaná Bay and its Surroundings (CEBSE for its initials in Spanish) (1992-1996); Founding member of the Dominican Environmental Consortium (1998).

Omar is a biologist by profession, with a major in Planning and Land Management in Municipal and Natural Areas.